Smartphones have become a vital digital tool to us all, so it’s not surprising that many are still disgruntled by the poor battery life of some leading devices. In fact, a 2014 survey revealed that among the features people hate the most, poor battery life, next to camera quality and biometric security features top the list. Thankfully, battery pack chargers are now made available to phone users worldwide. But, why purchase one when you can build it yourself. The feeling of building something from scratch can be very rewarding. Here’s a user review of building the MintyBoost Kit – V3.0:

Introduction: The MintyBoost Kit – V3.0 is the “world’s first and only open-source hardware charger,” that works perfectly on the iPhone 4 and above variant as well as other Android devices. It can even work on the new iPhone 6s and iPhone 6s Plus. Recently released handsets feature powerful battery packs. In a report by O2, the iPhone 6s Plus was said to come with an additional three hours of usage and made more energy-efficient with a A9 processor. However, even with the upgraded battery, most mobile devices still drain easily since it’s common for several apps to run in the background of devices. Take note, however, that you may find it difficult to charge older iPhones, iPads, and iPods such as the iPhone 3gs, as these mobile devices are very sensitive to charging due to old Apple configurations.

Unpacking experience: This is not an easy task at all. The small package comes with 18 pieces. What we initially love about this kit is its nice reusable anti-static bag. Upon opening the kit, it has all the materials you need except for the 2 AA battery cells. Depending on the one you ordered, it can either be with the Altoids Gum sized tin cover or without (but, we suggest that you get the cover). The kit has the following items: • 5V boost converter • 8-pin socket • Power supply capacitor 22OuF/6.3V+ • Bypass capacitor 0.1uF • 1/8W 5% 3.3K resistor (orange, orange, red, and gold) • 1/8W 1% 75K resistor (violet, green, black, red, brown) • 1/8W 1% 49.9K resistor (yellow, white, white, red, and brown) • 1N5818 or 1N5817 Schottky Diode • 1OuH power inductor • USB type A female jack • 2 x AA battery holder • Circuit board Aside from the kit, you will need the following items: sponge, soldering iron, small flat Philips screwdriver, Desoldering braid, tin snips, table clamp, and a multimeter. One tip: Never rush building this project. Construction must move along carefully and smoothly according to the sequence of instructions. However, make sure to double-check your work constantly. It provides 500mA at 5 volts and improves efficiency. The battery pack works better with LiPoly battery mods. The battery pack also works on other devices such as the PSP and DS handheld consoles. Click here to view the rest of the devices compatible with the MintyBoost Kit. Build your own smartphone power pack today! Order the MintyBoost Kit – V3.0 for $21.50 with Tin cover or $19.50 without a cover. It can either be in pieces or already assembled, but building one gives an unexplainable satisfaction afterwards. 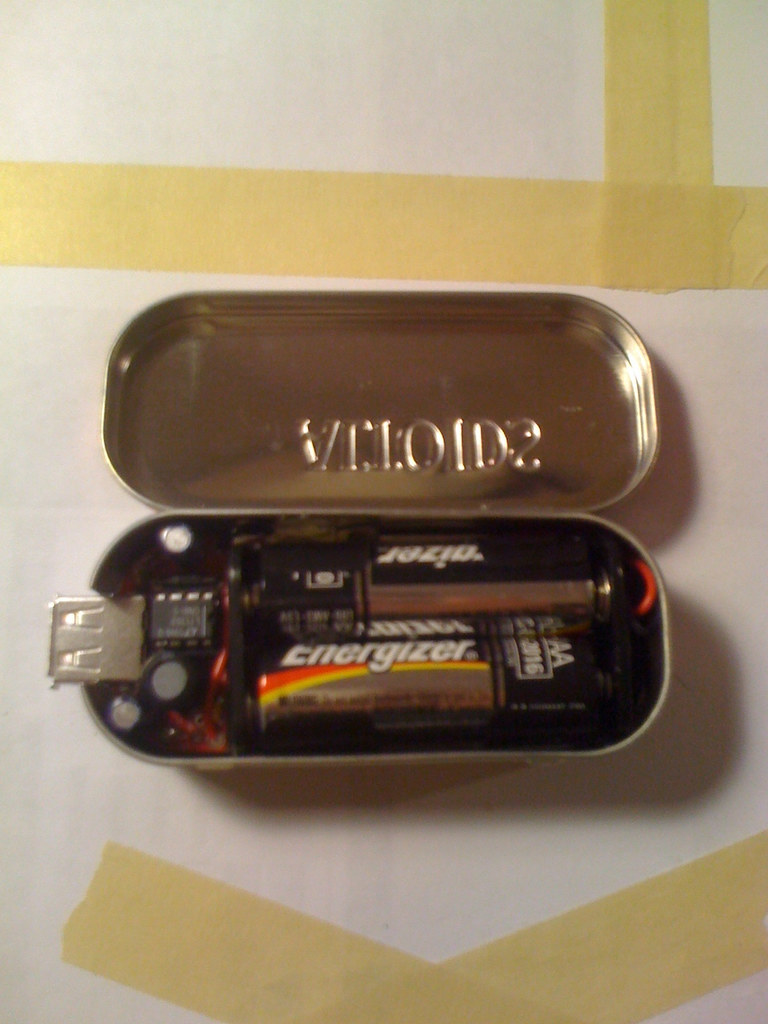 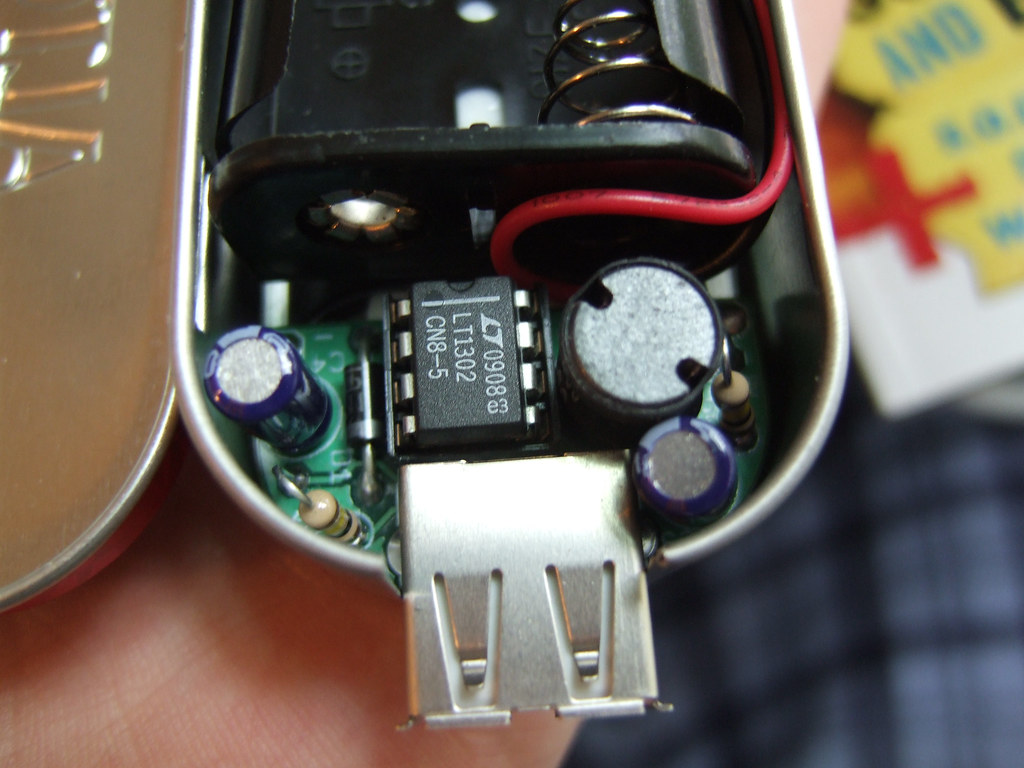 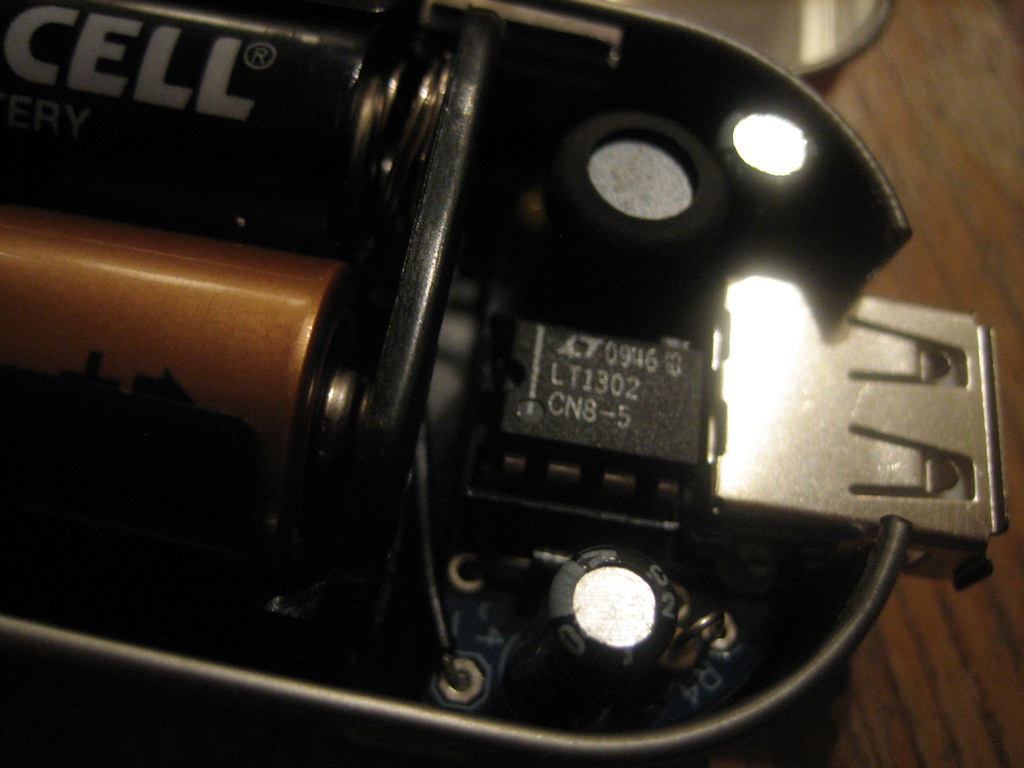